We had been selecte d with our works: 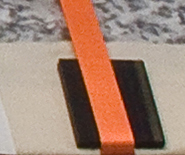 Olaf Man Singh Pradhan (V/MSP Gallery, Brussels):
... Their inspiration to use this technique stems from a visit ... read more

At the Triennale internationale de Gravure contemporaine de Liège, the Artist couple Schälling | Enderle is showing the work Sauver le sauvetage - Réassurance, a large format lithograph direct. It‘s a graphic representation of one of their existing stone sculptures that was previously shown during an exhibition at V/MSP Gallery in Brussels. Their inspiration to use this technique stems from a visit of an exhibition in the East Asia Museum in Cologne where the works of Buddhist monks in a monastery near Beijing where shown. Fearing the end of times, the monks produced about 15,000 stone slabs over a period of six centuries, in which they chiselled the canonical texts of Buddhist teaching. In this way they hoped the texts would still be accessible to people in the age after the apocalypse . In the 20th century, ink rubbings were made from these stone slabs for study purposes, some of which were also shown in the aforementioned exhibition. The rock drawings of Schälling | Enderle have a documentary character, too. However, in a reversal of the procedure, the artist couple emphasizes the ephemeral character of the stone. The transience of this material, which in general perception is mostly viewed as indestructible, is made clear to them over and over again during their work in the quarries, where they experience the impact of mans’ intervention into nature first hand. Using the lithograph direct technique on site, they create a document that preserves the surface of the stone, as it was in the moment before its destruction, on paper. In this way, they question how we deal with nature and how we perceive it as something primarily utilitarian. In their new work they incorporate this work process as a way to reflect on the relationship between art and nature in their own canon. They challenge the viewer to deal with the subject in greater depth and are leading us into the direction of how the Chinese monks might have looked at it. Olaf Man Singh Pradhan (V/MSP Gallery Brussels)